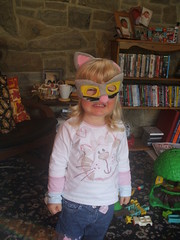 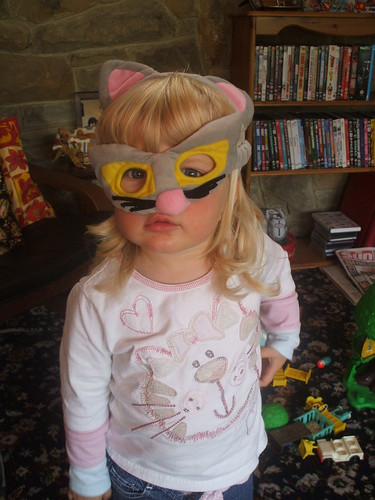 Tilly wearing the cat mask and ears - she thought it was hilarious when she took the mask off and said 'It's me!' (like Alan Carr in the sunday night project when he lifts his glasses and says 'It's me, alan!') 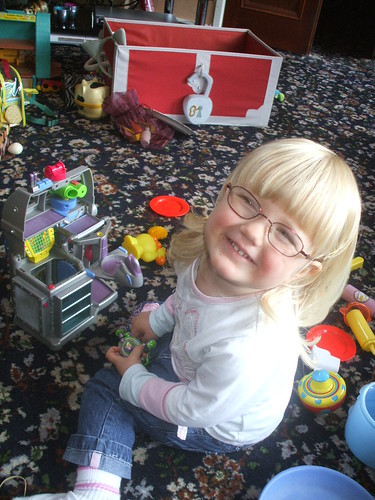 Tilly always pulls this face when you ask her to smile - also, the toy box in the background is completely empty cause every toy was on the floor 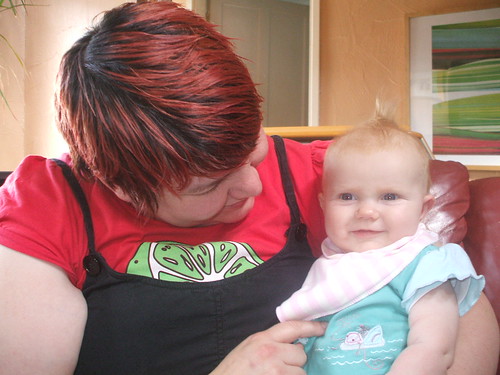 Phoebe and me - look at her hair! it won't stick down at all, it's awesome 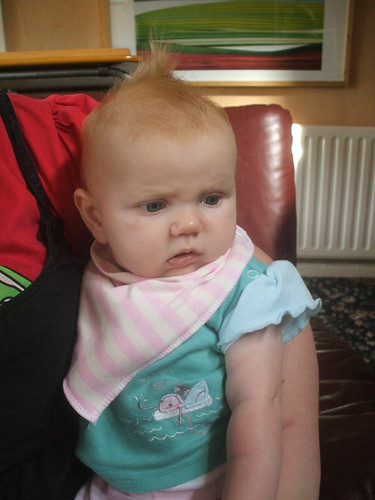 That bib is a bandana bib as well, cause she's a slightly sicky baby, often hours after she's eaten. she's a very strong thing though, and wriggles around all the time